Why you should invest in Cardiff? 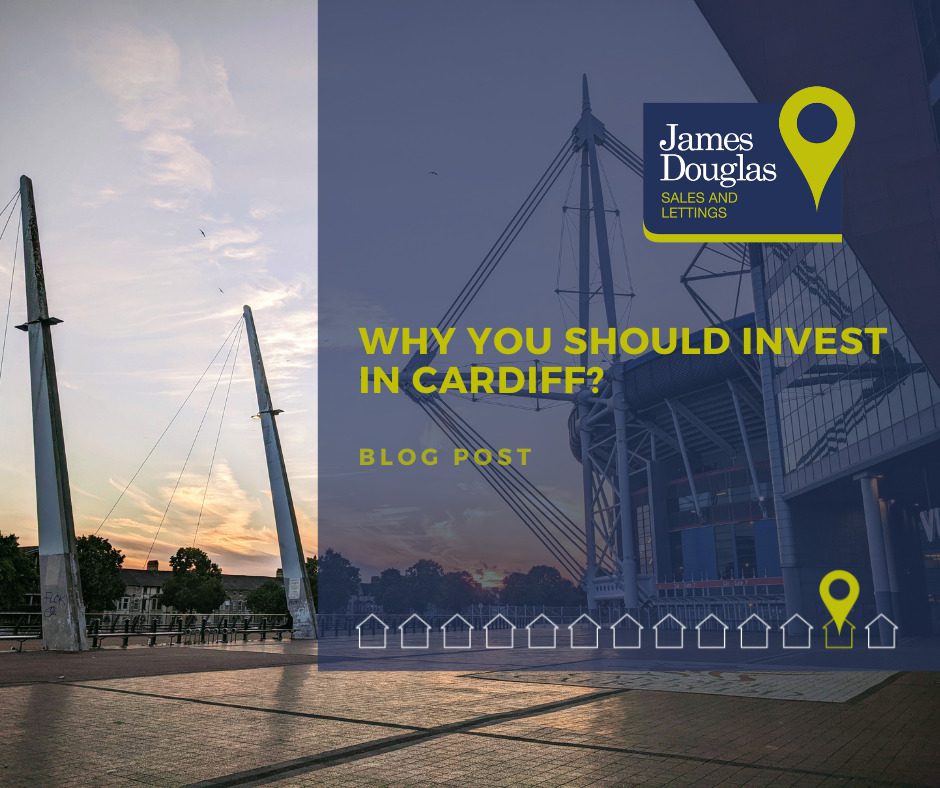 Why you should invest in Cardiff?

Those looking to invest in Cardiff’s property market are in luck. Since becoming the capital of Wales only in 1955, Cardiff has seen an abundance of investment and growth. In recent years, large parts of the city have received major redevelopments with a healthy forecast for the future for the property industry in the area. So let’s go over some of the reasons why Cardiff is a great place to invest for the future.

There have been many areas of Cardiff that have seen major investment in recent years. The prime example of this would be the work done to transform Cardiff Bay. Some key investments have been made into luxury apartments like Celestia and Bayscape. It is not just luxury apartments that have gone up however. The entire bayfront has been revitalised with new shops and offices. Cardiff city centre has also seen fantastic redevelopments with centres of commerce like the St David’s centre being reopened in 2009. Due to these investments house prices in Cardiff have quadrupled in the past 20 years rising from £50,000 to over £220,000. Excluding London, this is a rate of increase that outstrips most regions in the UK. Furthermore, Wales overall has seen the highest level of property price growth excluding London over the course of Covid.

A savvy property investment to make in Cardiff can be found in the student rental sector. Cardiff is lucky to have two of the best UK universities located within its city limits with great access to higher education in the surrounding areas. Both the University of Cardiff and Cardiff Metropolitan University have campuses located centrally within the city. And, with over 43,000 students attending university in Cardiff, student accommodation is always in demand. These student houses are usually in the form of HMOs which our friends at Seraph wrote about.  Areas like Roath and Cathays see a large influx of students annually so it’s an area to seriously consider if you are interested in investing in student accommodation.

There are also great prospects for the future of Cardiff with it becoming a hub for technology and services. Neo-banks such as Monzo and Starling have made their home in this city showing the attractiveness Cardiff has as a city of innovation. Furthermore, the city is located close to the UK’s only computer chip manufacturing plant, Newport Wafer Fab. As a critical industry that is only set to grow Cardiff and South Wales generally are predicted to be the computer chips hub of the UK if not Western Europe. Major investments are also being made into the transport infrastructure of Cardiff. Already the South Wales Main train line was electrified in 2019 cutting journey time to London by 20 minutes. A new bus terminal is also being built in the centre of Cardiff, Central Square, to better connect the city with its surrounding areas. And it isn’t just public transport where investments are being made. Large sections of the city are getting top-tier cycling infrastructure making the city centre a lot more appealing to live and move around in.
Overall, if you are impressed with what this city has to offer and are looking to invest in Cardiff feel free to get in touch with us here.

Beginnings of a buyers market?

If you are thinking...